Spring and waiting seem to go together like coffee and cream. It’s not winter anymore; some parts of the country have crocuses and snowdrops springing up and snow hasn’t been on the forecast for weeks. At the same time, a certain Dairy Queen in Moorhead, Minnesota opens for the season March 1st and you can see a line of people with spring in their hearts and winter boots on their feet stretched out several feet long, waiting to get ice cream that they hope will, with an irony as swirled as their chocolate-and-vanilla cones, convince the cold to leave again.

But whether you’re licking an ice cream while you stand in the snow, or welcoming snowdrops, there’s no finality to March and April. They’re an in-between. Spring probably doesn’t feel fully real yet in the first warm days. And yet spring is a season unto itself. These months may be seem to be a segue to summer but they’re really a destination too.

I think there are seasons in our lives that feel like that. We’ve waited and worked to get to where we are and we’re there now, at a destination of sorts, but it’s a moving, shifting destination. An arrival that signals an end and a beginning, and is itself a long, stretching, middle. It’s like having toddlers. (So many of my ideas and writing and topics revolve around toddlers right now.) You’ve waited and wanted to become a mom, and then you were eager for them to be walking and talking, and now they’re walking and talking, and you know that childhood comes next but it’ll be a minute yet, and here you are! But here you remain.

It’s possible that this is largely the sleep deprivation talking. The nap strikes, the refusal to eat dinner. Don’t misunderstand me – I love this boy of mine and his sweet attitude and his constant activity and his curiosity. I love him deep and whole and I love him all the time. But if you’ve ever gotten on a treadmill to run at a fast jog for hours until your legs give out and then another lap for good measure, you know what kind of energy and tenacity it takes to parent a toddler.

It’s just like the month of March. You’re in between two starkly contrasted seasons and it’s a season of its own and it seems to be longer than January and February put together, ya know?

But don’t swear off children just yet. Recall the snowdrops I was talking about. They’re not the only spring flowers. Snowdrops come and then crocuses come, and soon there are even daffodils. Here in Colorado the golden forsythia glow even on a cloudy day. There are green spikes of irises reviving in my neighbor’s garden bed. The sharp yucca plants become more vibrant. Lilacs are stirring. Trees are budding out before they sprout leaves. You may lay down on the landing of the staircase in exhaustion and open your eyes to discover your toddler bending over you to give you a goodnight kiss as he “tucka ‘oo in” for a nap. You may find that one day when you lay down next to him in the middle of the nap strike, you both begin to giggle uncontrollably, down on the floor, face to face. Making memories, I hope. Laughing memories that stay bright in the dusty storage banks of recall.

Look for those moments. Hunt for them. Lay down – a patch as small as the landing of the stairs will do – and stare at the ceiling until you can remember what it is about this season that brings you joy. Don’t hustle too far too fast yet: let moments of happiness “tuck ‘oo in” to the season of in-between. It is better when we linger. 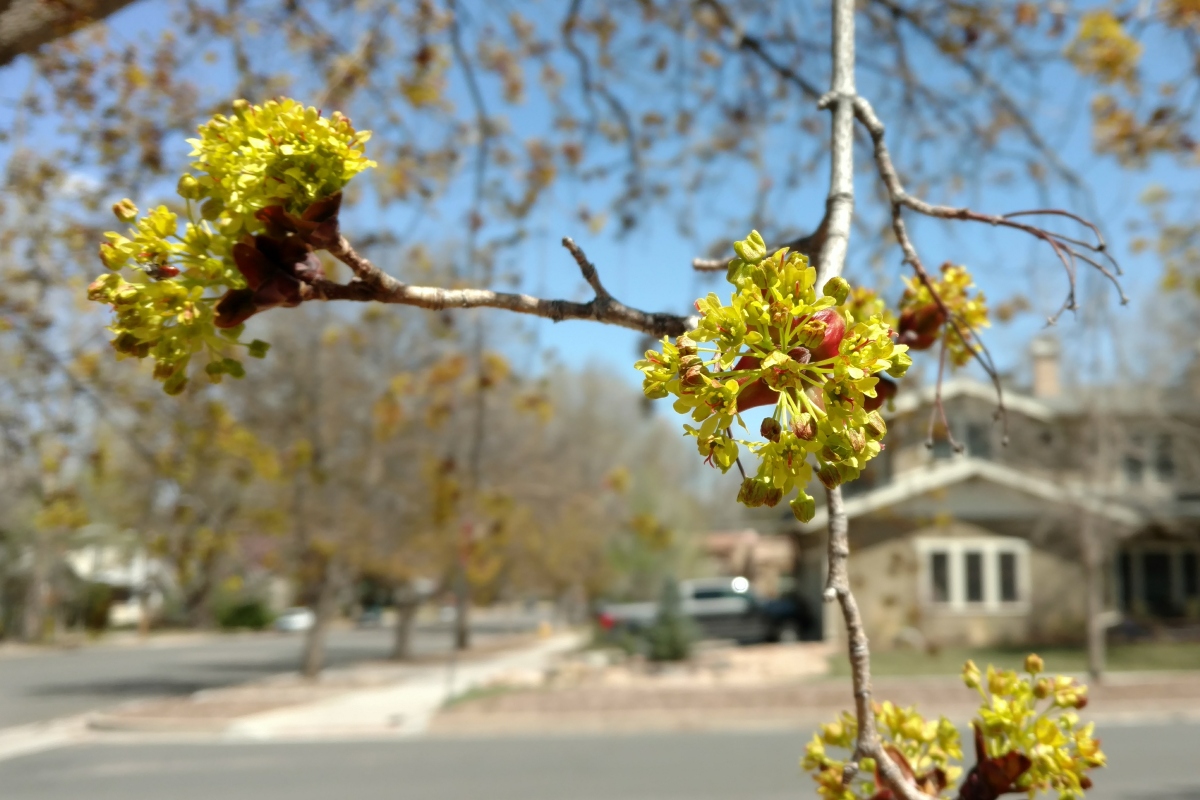 I used to say of Minnesota that the air was made fresh again in the spring. All the old winter air was gone, I averred. It was all brand new. The soft mists above the melting snow, the clear air in the greening valleys, the air coming through my open window at night; it was all clean, unbreathed yet.

Lanier Ivester said, at a conference last weekend, “I think we are all homesick for a garden.” Ohhhh I think so too. I walk and walk down the streets, past the blooming yards in our neighborhood. The purple lilacs are beginning to flower and I pause by them wherever I find them, just breathing, smelling. 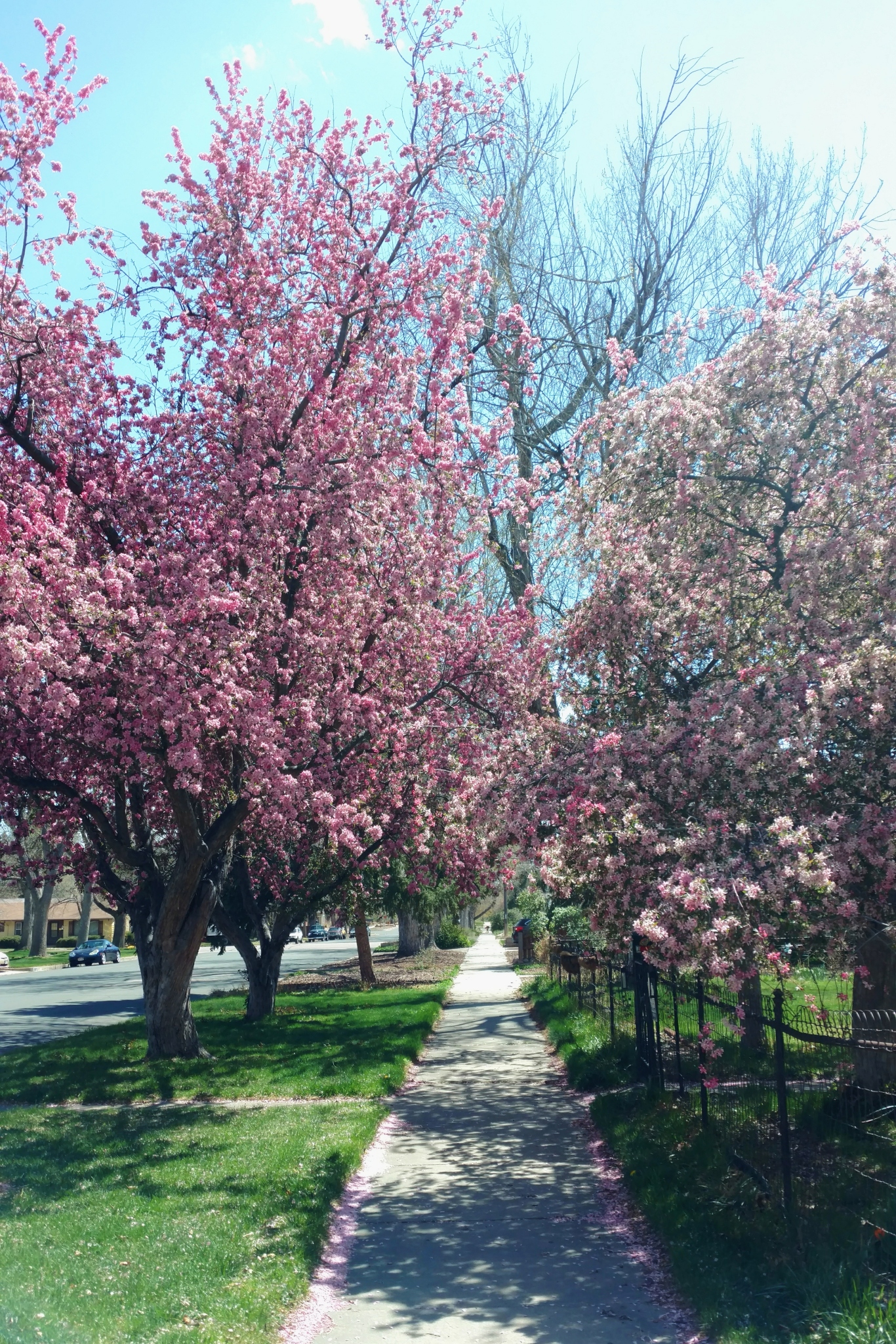 Tonight was soft and fresh from a scattered rain. The wind was blowing cool off the treetops and I sat outside even in the late afternoon damp chill to enjoy the wet, fresh scents. It was lovely to sit here, in my dry, desert state and remember the freshness of a spring season in my childhood. I think we are all homesick for a garden, a garden in the springtime air. 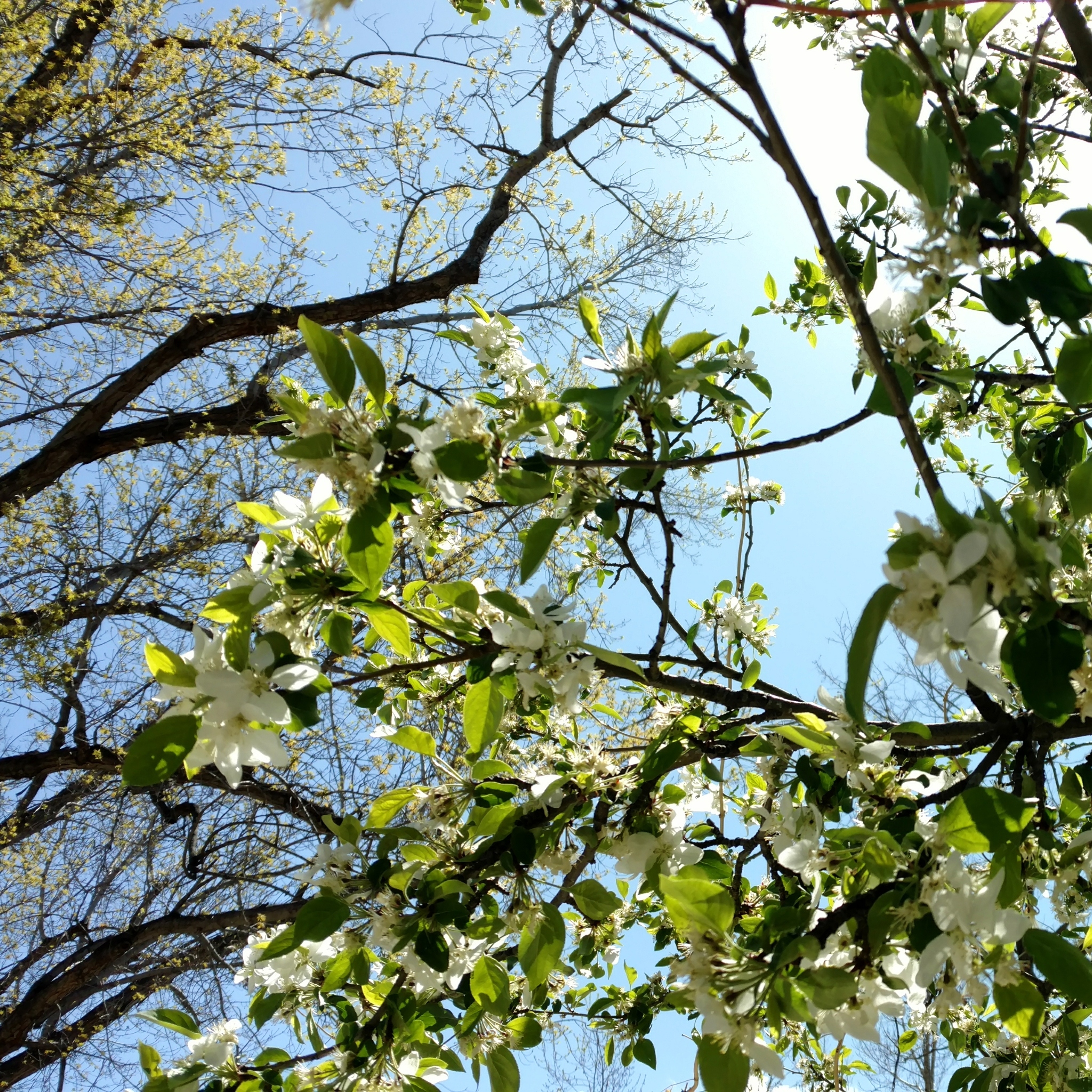 I have always said that fall is my favorite season, until it is spring. Then spring is my favorite. It is still true, and it is spring now. Last year at this time I made it my goal to walk a mile a day until Erik was born. I started walking, sunshine or no. I took laps around the park, crossed the busy street into the quiet neighborhoods, walked along the golf course and the bike trails. Spring was popping up everywhere, and it is again.

There are hyacinths growing, and tulips and daffodils and grape hyacinths. I see the spiky shoots that will be irises this summer, and the waxy lilac leaves unfolding slowly. Creeping ground covers are subtly regaining color from their tough roots to their tender fingertips. Trees are slowly, slowly greening and blooming. This city is its most vibrant self during the spring, I think.

I put Erik on my back and we set out. I take mental pictures over and over – that sweet cottage with the cherry tree, a glimpse of sky through that the willow branches. Erik pushes against my back and turns his bald head to watch the passing cars, neighborhood dogs, anyone on a bicycle.

In Minnesota, spring began as soon as the air was above freezing temperatures. Puddles grew, roofs dripped through the gutters, snow glistened, mists formed. The air itself seemed new and fresh; indescribably so. There is no damp, new smell of changing season in Colorado. We are “high desert” after all. But there is a fresh scent still – a whiff of pine carried down the mountain, the dry-green smell of yuccas washed over the sun-baked rocks. Yes, there is still a hint of spring in the air, even as on the ground.

Spring has a power like no other season to get me outside in Colorado. I like to wander, to discover. I hunt beauty and bloom, keeping photographs as my bounty. We come home with roses in our cheeks, and set out again tomorrow. 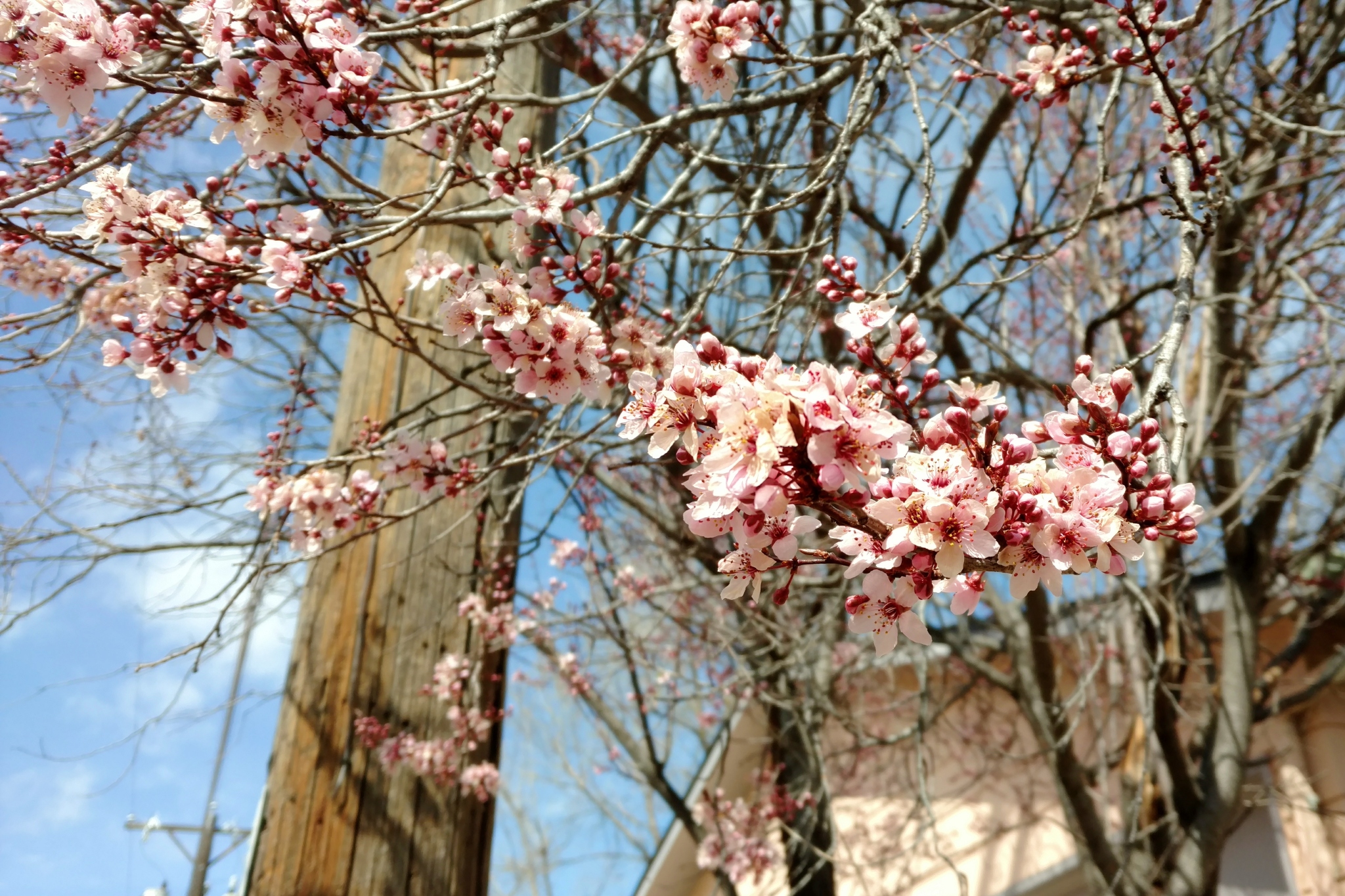